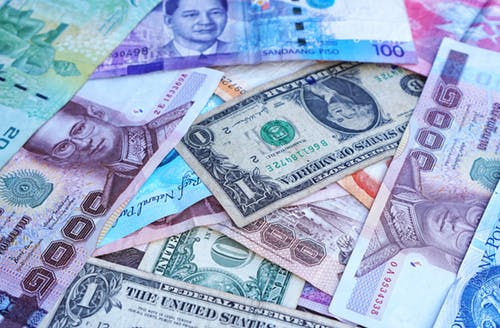 How Currency Exchange Rates Affect You

Every night on nearly every news bulletin, you will see the exchange rates quotes in the finance section. The Australian dollar is usually quoted against the other major currencies, such as the US dollar and the British pound. Often we don’t realise how the exchange rate affects us, even though they are quoted so frequently. Here are some of the ways exchange rates are impacting your everyday life.

The importing of goods is highly sensitive to currency exchange rates. Generally, we don’t see too much immediate change to in-store consumer goods which have been imported. These would most likely have been purchased weeks, or month prior to them hitting the shelves.

Online goods and services, however, which are purchased from overseas are influenced directly by exchange rates. These may be physical products, services or potentially even subscription/IT services. The low the Australian dollar is compared to the currency where the item is being bought, the more you will need to pay. If $1 US is exchanging buying $1.47 AUD, then an item listed at $10 US on the website will cost you $14.70 AUD to buy.

The price of petrol, which is made from oil, is a volatile cost which is aligned to current currency exchange rates. Like in-store consumer goods, oil must be purchased in advance, then processed into petrol, and sold to the wholesalers before making its way to your local petrol station. Unlike in-store goods however, the price of petrol fluctuates with the current exchange rates and prices of crude oil. The lower the Australian dollar goes, the more you can expect to pay for petrol.

This is one of the times that people actually take notice of the exchange rates. This is because often people are exchanging actual money. They are giving a currency conversion agent an amount of Australian dollars, only to receive a different amount of foreign currency back.

Travelling to another country can be quite a workout for the brain. You are constantly trying to convert the price of things back to Australian dollars to see how much it really cost you. In addition to this some countries are generally more expensive to buy items in. Some countries are cheaper to purchase goods. Pseudo index’s, such as the ‘Big Mac’ index were developed to help people ascertain the cost of a standard product across different currencies.

The exporting of goods really has an inverse relationship with imports when compared with currency conversion. When the Australian dollar is low against the foreign currencies, this makes our exports cheaper to buy, but our import more expensive to import. This makes the products and services which our businesses sell overseas more enticing to foreign markets. These lower exchange rates potentially enable exporters to grow their business due to increased demand for the product or service.

Currency exchange rates can have a major effect on the returns within your investment portfolio or superannuation. Currency Conversions are applied to the dividend or interest paid on investments with a strong exposure to international money, bond or fixed interest markets. Investments denominated in appreciating currencies will have potential for higher returns. Conversely, investments denominated in depreciating currencies would potentially suffer from reduced returns.

Currency exchange can be very complex to understand. Lower exchange rates can be beneficial in some respects, and detrimental in others. If more advice on exchange rates, give the team at Steve May a call and start a conversation today.

Previous post Diversify Your Portfolio with Exchange Traded Funds Next post How Well Do You Know Your Super?