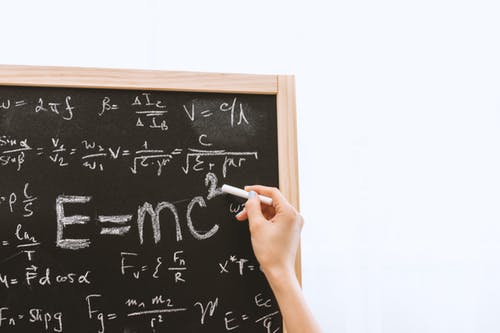 Over 15 years ago I completed a first-year physics course at University and, apart from the fact I knew I would never make it as a physicist, the only other thing I really remember is Newtons first law of motion. So I thought I would take a moment and try and show you how laws of physics could help you understand what we have seen recently in the stock market.

Firstly, some very basic physics. Newtons first law of motion states in layman terms that ‘an object at rest will stay at rest and an object in motion will stay in motion on its current course unless acted upon by an external force’. What are these external forces? Well the forces referred to by Newton are predominantly gravity and friction. Think of it a bit like an air hockey table. If the air is lifting the puck off the table, so it is essentially at zero gravity, it will continue to move uninhibited until it hits the end of the table. Now if you remove the air, which is essentially adding gravity, the puck will drop and the friction of its weight rubbing on the table will cause it to stop.

So how can this help you to understand the volatility of financial markets? Well our stock market is like an air hockey puck moving along the table. Then suddenly, our market puck begins to slow due to some friction caused by additional gravity. Now, apart from the mass of our own economy which is the gravity source, the other two masses being pulled to create this gravitational force are the United States and China. Even though we are not involved in their conflict, these two masses play a major role in our stock market as investors, trading partners, as well as our own foreign investment. Due to their major role in our economy, their distance from our market is very small, so two large masses, over a very short distance, according to Newtons gravitational force formula, means the gravity of the tension between the United States and China has created a lot of downward force on our stock market, and it is slowing rapidly. They are taking the air away from our puck.

Conversely, lets run the Newton test over the Brexit drama which is forcing England and parts of Europe into some high economic volatility. While still a major issue on a global scale, the gravitational forces on our stock market puck are nowhere near as high as the mass of the parties involved relative to our market is a lot smaller, and the distance in terms of there involvement in our economy is a lot further than the US or China. It has not affected our market nearly as much, so the puck continues to move with little resistance.

If you struggle to understand why the market reacts and performs the way it does at times, maybe this is a different way of looking at it. Who causing the friction in our market, what is the size of their contribution to our market and how close is there involvement in our economy? What is the gravity of the situation and how much market friction has it caused? The bigger and more involved the players, the more downward force on our market puck, and the less likely it is to be able to continue moving forward at the same pace across the air hockey table.

For more information or advice on the markets, start a conversation with Steve May Financial Services today.