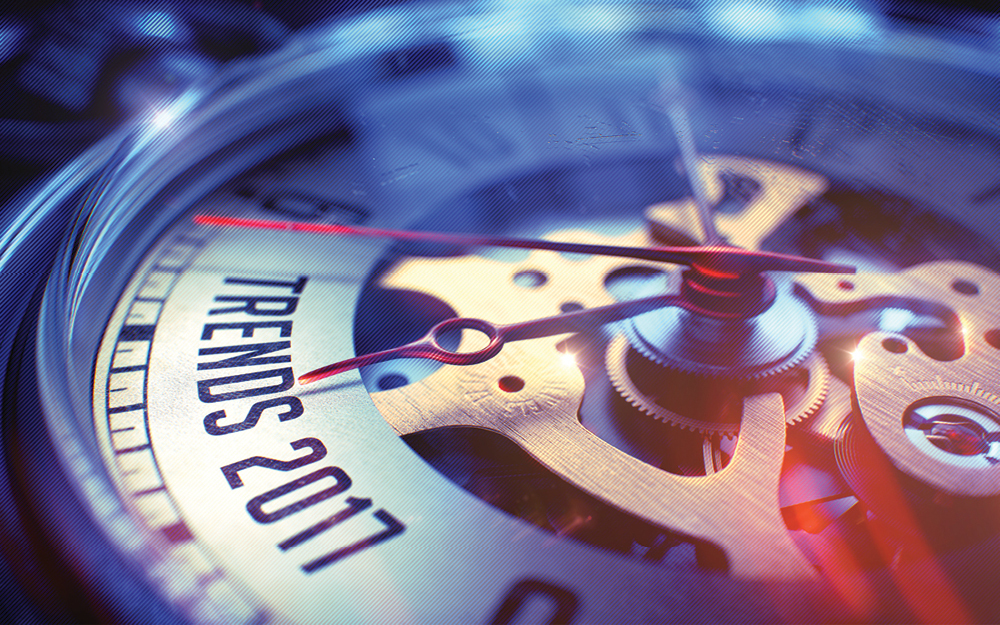 The outlook for 2017 is in places easy, in other places hard and in one particular area, near impossible.

Let’s start with the impossible. I am often asked for my view on the Australian dollar against the US, Euro and Pound sterling. I think I have got this right about once in my 35 years in the money industry. Ironically, this was a few years ago when I was doing a series of talks with AMP’s Shane Oliver. The Aussie dollar was buying around $US1.10. All the predictions were for it to go higher. My comment was that this was as high as I had seen it. It has been as low as US 50 cents to our dollar, and my view was that at a $US1.10 for an Aussie dollar, I would at least buy enough US dollars to pay for 5 years of holidays that linked to the US dollar. This, with hindsight, was pure genius. Can I not mention the other times I was completely wrong?

Frankly, I and nobody else has the first clue. For example, I have been banging on that the UK economy has been recovering strongly over the last few years. That of course would cause me to want to hold pounds. Hang on, along comes Brexit and the pound plunges big time against our dollar. Currency punting is a mug’s game. I just tend to watch our dollar as it hits historic highs and lows and use that as my guide. I tend to hold my global investments unhedged against the Aussie dollar, I figure currency can go either way.

An easy call is low interest rates. They will be at or around where they are now for 2017, and I suggest beyond. So for near retirees, like me, or retirees, this presents a major issue. Life is long, at least on average, so we all need to make our money last and it won’t in a term deposit at under 3%. Even if you pay no tax, inflation will grab much of that 3% return.

So this takes us into the harder areas. Property and shares. It is bleatingly obvious that a growing population, an undersupply of housing where people prefer to live and very low interest rates make property in “population growth” areas, with public transport, entertainment, jobs, schools and decent coffee a very attractive investment. So to no one’s surprise, property in these areas has exploded in value. Sooner or later it will go backwards for a while, but the growth in our population underpins rental demand and prices. So while I am not a seller, I am not an eager buyer.

Shares are also a hard call, but here I feel more comfortable. The average income return on shares is nearly 4% and usually comes with franked dividends. So while I hold some cash in term deposits as my “safety’ money and I’ll hang on to my property, I do have quite a decent exposure to shares, both here and globally. I regard shares as the best way to spread my risk outside of Australia and also into industries we just do not have here. Don’t forget, our market is mainly banks, financial services companies and resources. Sure, we have companies such as CSL and Sonic, both in the health sector, which operate quite significantly in the global market, but I do like many of the food, biotechnology and technology companies that are listed outside Australia. An international fund or ETF may be your best way to hold these investments, but I’ll leave that to you and your adviser.

I appreciate my shares can and will at times, fall in value. At times the falls can be large. But I am not a seller, and I reckon the dividends, which is the bit that buys me food and so on, will not go away. So while I am broadly diversified as I should be as a 61 year old, I think my shares are likely to be my best asset class in 2017. And here we need to remember this is why I am diversified. I hold term deposits, residential and commercial property, local and international shares. I really doubt they will all do well in 2017, but I also doubt the whole lot will do badly!